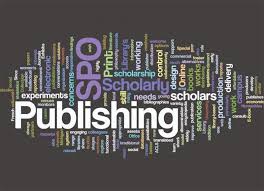 Having an active imagination, I expected a great deal more then I received. I expected a publisher or an agent to contact me. And of course that never happened.

But before I discuss what didn’t happen, there were some good things. So far (I can’t speak for the future), Janet Krole, Richard Shandross and Bob McGowan Jr. commented. Mr. McGowan also went into some detail on why he liked it. Also many people emailed me and told me they loved it, liked it, enjoyed it, etc.

As for my writing group, they said didn’t know that Saturday Evening Post was still around. Or to be more exact, another writer smiled at me and another congratulated me prior to the meeting.

Now for the things that didn’t happen. They asked for a photo and a bio, which they didn’t use. Also they paid me $25.00. For a such a prominent magazine, one would think the payment should have been a lot more. (Usually small press magazines pay nothing. It’s supposed to be an honor to be published by a small press magazine, which is supposed to be one’s ‘payment.’) 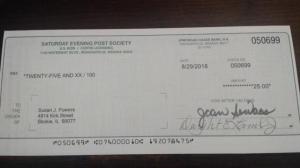 I spent many hours and quite a bit of energy writing and rewriting until Eleven Jewish Korean Vets (http://www.saturdayeveningpost.com/) was finalized. Now, divide $25.00 by say 60 hours of writing, I just earned .42 cents!

This story went through several drafts before the final draft. My poor writing group spent countless hours reading and critiquing each draft. Then I had it proof-read. I also spent many hours submitting to various publishers, only to get rejections. Finally the Saturday Evening Post accepted this particular story.

But the biggest news is the editor of the Saturday Evening Post has requested another story. Though I doubt much will happen even if I submit and they accept another story.