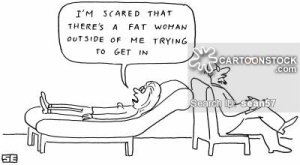 I’m closing in on losing 50 pounds as we begin 2015, and while I have more poundage to lose, I am close to my goal. Just last night I found a hip bone and my happiness bordered on that of an anthropologist unearthing the hip bone of a prehistoric mastodon.

As someone who has read every story available on how to lose weight, I’m sure you’d like to know how I did it. You want to see before and after pictures. You want to know if I have found a simple, painless way to lose weight. Well, get used to disappointment. I didn’t find it and pictures are not yet available.

I also didn’t have an epiphany. I simply got on the scale one day and clearly saw that there was no ceiling on gaining weight. Left to my own devices, I would someday morph into SpongeBob Squarepants, except with smaller feet. And I wouldn’t live at the bottom of the sea.

My mom said it best. “You just eat too much.”

We were both right. I’m too short to eat so much. If I were an NFL linebacker, I was definitely eating the right amount.

But for a short, middle-aged woman, a box of Oreos with milk was a little over the top, even if breakfast was a 90-calorie granola bar. I couldn’t climb stairs. I couldn’t get up off the couch. If I fell down, I couldn’t get up. After a couple of hours, my dogs would eat me.

So, I was forced to do this:

I started in July with gastric-sleeve surgery. For me, this was the only way to do it, but it’s a tool, not a panacea. This surgery removes 80% of the stomach so you eat less. You still have to choose what foods you put in your stomach—a Kit Kat bar or nonfat yogurt.

surgery I was on a diet of liquids for a week, and foods like protein shakes, sugarless jello, and broth for three weeks. I lost a total of 4 pounds. Every day I would weigh myself, and the needle would either go up, or stay the same. It was agony. One month, and I only lost 4 pounds?

But I plodded on. After all, I’m short, old, and have the metabolism of a tree.

Now I find myself on the precipice of success. In retrospect it seemed easy, but if memory serves, it was not. It’s very hard to break the habits I’ve taken a lifetime to form. But it is far from impossible.

I guess that’s the key to losing weight. Don’t give up. Take it one day at a time and if you are honest with yourself on what you eat, you can’t help but be successful.

The Oldest Living Middle-Aged Writer (aka Pat Childers) lives in Midwestern flyover country with her dogs. There have been reported sightings of her husband. In between innings of the Cubs game she works on her novel.

3 thoughts on “Weighing on My Mind”