After five days of no hearing in his right ear, the sensation he is underwater, and a YouTube diagnosis, Norpie was convinced he had a worm take up habitation in his ear canal. At 9 p.m., I finally said, “We’re headed to the MinuteClinic.” 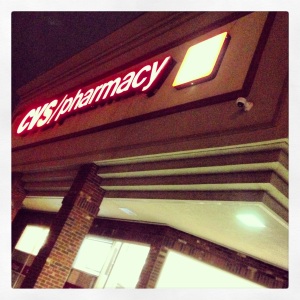 When we discovered the MinuteClinic was closed, and not open 24-hours like the Web said, we asked the Pharmacist on duty where we could find another urgent care center that is open late, or 24-hours.  We explained the worm situation.

Pharmacist response to Norpie’s hypothesis a worm is living in his ear. “I got 2 Prozac I could give you; that would make you feel better.”

Within 10 minutes, we were at another urgent care center. 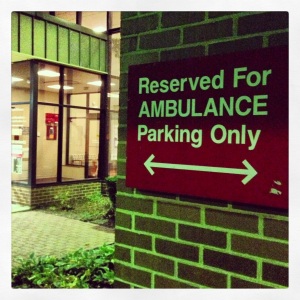 Intake clerk: “Do you have a religious preference?”

@norpsforkncork “I think I have a worm in my ear.”

Norpie indicated he would pay cash, and she offered him a 49% discount. After the insurance triage, he was swiftly taken to a treatment room where he was hooked up to machines.

[#TwitterBan. Details of the examination are lost; the Doctor swiftly shut my social media down.]

“Do you think he is dying?” I ask the doctor in reference to the worm Norpie thinks has taken shelter in his ear canal.

“Seriously,” the doctor said, “Seven a.m., 42 year old Asian guy who ate vegetables and rice. Non-smoker. Had a full on heart attack. Right here.” She shakes her head in disbelief and walks out of the room.

The diagnosis was devastating to Norpie, after learning how the ear is supposed to drain to the back of the throat.

The doctor called in a prescription that she said would help reduce inflammation, and help the fluid drain.

We head off to our CVS to get the script, hopeful that we might also get free Prozac.

The videos + the story “De-Worming Norpie” can be viewed on Storify where it was ‘trending’ on Twitter.

Timothy State is Associate Vice President for Alumni Programs at Lake Forest College. On the side, photography, writing, swimming, and biking are his things.

One thought on “De-Worming Norpie”